Courtney Parkins holds a BA in Economics and Spanish and graduate degrees in Linguistics and Economics from Temple University, Philadelphia, Pennsylvania. He has completed the Masters in Translation and Intercultural Studies at Universitat Rovira i Virgili, Tarragona. He has taught Spanish and French at Lincoln University in Pennsylvania, worked as a freelance translator mainly of economics and maritime texts, and as a freelance interpreter in the tri-state area of Pennsylvania, New Jersey and Delaware. Currently he is a freelance translator and English-language trainer in Berlin, Germany.

Translators as agents of lexical transfer: Evidence from the standardization of Curaçaoan Papiamentu

2012. Parkins, Courtney. "Taking the Bull by the Horns: Professional Curaçaoan Papiamentu translators and writers facing the challenges of globalization head-on". In Nicholas Faraclas, Ronald Severing, Christa Weijer, Elisabeth Echteld and Wim Rutgers (eds), Researching the Rhizome: Studies of Transcultural Language, Literature, Learning, and Life on the ABC Islands and Beyond. Proceedings of the ECICC-conference, St. Thomas 2012. 1: 347-363.

Forthcoming. "Translational Standardization of Caribbean Creoles through Unrelated Lexifier Source Languages: Evidence from Curaçaoan". (Presented at the conference Meaning in Translation: Illusion of Precision and submitted for publication in March 2012).

2012. Parkins, Courtney. "Taking the Bull by the Horns: Professional Curaçaoan Papiamentu translators and writers facing the challenges of globalization head-on", paper presented at the 15th Annual Eastern Caribbean Island Cultures Conference (ECICC) "The Islands in between" Languages Literatures and Cultures of the Eastern Caribbean, University of the Virgin Islands, St. Thomas, US Virgin Islands, 7-11 November. 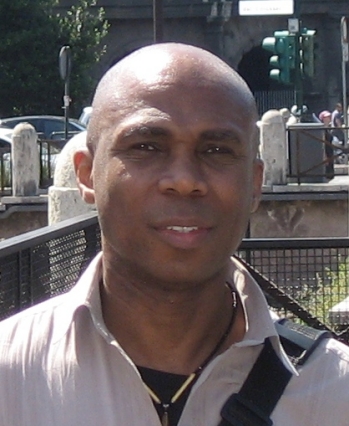