Esmaeil Haddadian-Moghaddam holds a BA in TESOL from Iran, an MA in English, and an MA in Social Anthropology, both from University College Dalarna, Sweden. He held a predoctoral research grant at the Universitat Rovira i Virgili. Upon graduation (July 2012) and following a postdoctoral fellowship at the KU Leuven University in Belgium (October 2012-November 2013), he is now a research fellow and visiting assistant professor at the same university.

Drawing mainly on Pierre Bourdieu's concepts of field, capital, and disposition, and partially on two principles of the actor-network theory, this thesis aims at describing and examining agency in the translation and production of novels from English in modern Iran, taking translators and publishers as the main translation agents. The study poses three main questions: who decides what to translate, what motivates translators and publishers to translate and produce novels from English, and what constrains or enhances their agency. These questions are then put into a three-tier model of agency, using a multi-method approach of historical and archival studies, quantitative data on translation flow, and case studies in the form of interviews and participant observation. The findings, with implications for the fields of TS, Iranian Studies, and the publishing industry, show that translation agents have been able to voice their agency, despite the disempowering nature of political Iran, specifically under the cultural policies of the post-Revolution era. Moreover, Iranian translators perform just as important a role in selecting novels for translation as the publishers. The motivations of translation agents also range from social and cultural motives to more professionally oriented ones. Finally, various textual and contextual factors have constrained the translation agents' practice; nonetheless, they have historically used multiple coping strategies, such as going into exile and translating the classics, in order to maintain their position in the publishing field in modern Iran.

2014, forthcoming. "Agency in Literary Translation: The Case of Women Translators in Iran," In Agency and Patronage in Eastern Translatology, ed. by A. Ankit and S. Faiq. Newcastle: Cambridge Scholars Publishing.

2014. "Translation policy in the media: A study of television programs in the province of Kurdistan in Iran." Translation Spaces,  3: 71-98. With Reine Meylaerts.

2014. "What about translation? Beyond Persianization as the language policy in Iran." Iranian Studies, with Reine Meylaerts.

2012. "Agents and their networks in a publishing house in Iran". In Translation Research Projects 4,  A. Pym and D. Orrego Carmona (eds). Tarragona: Intercultural Studies Group. 37-50.

2011. "Agency in the translation and production of The Adventures of Hajji Baba of Ispahan into Persian". Target: International Journal of Translation Studies 23(2): 206-234.

His updated CV can be consulted here. 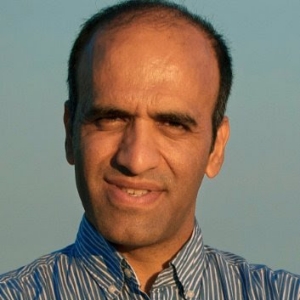